Tonight is supposed to be the Peak of the Draconid Meteor Showers
The Draconids can be surprising and either barely show 5 or hundreds of meteors. Look just after sunset before the waning moon rises when the sky will be darkest – and these meteors come early. One of the few you don’t need to stay up late to view.
The peak of the Draconids is from Oct 6 – Oct 10, 2020 with Oct 7th expected to be the best night.
The dragon might awake tonight!
Look for the star Vega which is the brightest star in the Lyra constellation.
Look for the star Vega and look for meteors in that area. Vega is the 5th brightest star in the sky – which will give a match to Jupiter and Mars which are bright in the night sky right now. (Retrograding planets are seen in the night sky and with Mars retrograding in Pisces – it is not too far from Saturn.)
Expect 5 meteors an hour on the low end and there might be more, depending on your luck.  Find a large, open space and start looking just after sunset.
The Image is from EarthSky from the peak meteor shower in 2018.

7 year cycle of the Draconid Meteors

It is a 7 year cycle from peak meteors (2018) with the next peak expected to be in 2025.
“The Draconid meteor shower produced awesome meteor displays in 1933 and 1946, with thousands of meteors per hour seen in those years. European observers saw over 600 meteors per hour in 2011.
The Draconid shower is active between October 6 and 10. Watch tonight; try tomorrow night also.” EarthSky
Get ready for the full, blue moon on Halloween! 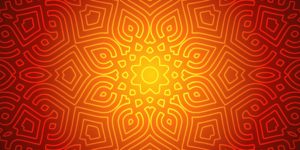 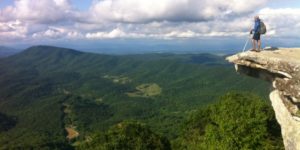