This is a 26,000 year, well documented cycle where the wobble of the Earth’s axis draws a counter clockwise ‘circle’ in the heavens and literally points to different North Stars over the course of the cycle.

This cycle shifts where the Spring Equinox will appear to rise each spring over the course of thousands of years.
This is where the fated song “Age of Aquarius” actually derived its name. BUT, in the Vedic system, it is said that we are still in the Age of Pisces according to the maps that astronomers use currently.

You see, according to the sidereal map, the spring equinox in the Northern Hemisphere occurs in Pisces each year.  And this will continue for the lifetimes of those reading this post.

I have seen with my own eyes, the stones from the Age of the Bull literally used as the foundation of the next era for the Age of the Ram.  You can see these stones in the heart of old Athens.  They literally scratched out the Greek for Bull and changed it to Ram…in 1500 and 1000 B.C.E. and well into the turn of the next millennia.

This is a fascinating topic and I hope to write a short book on this topic and connect the historical events occurring at the different ‘times’ according to the spring equinox shifting every few thousand years.

This is what my husband and I stumbled upon repeatedly (with some studying before hand) on our honey moon trip to Crete and Greece.

This is more than a discussion of astronomy, this is connecting global ethos and patterns in societies as reflected in the dominant ‘sign’ in which the spring equinox occurs.  This is what the Greeks were documenting and then this particular form of astrology actually fell out of popular use – unlike the Vedic and Eastern systems, which have an unbroken oral lineage and text books that are a mere 2,000 years old (and preserved systems of knowledge a minimum of 5,000 years old, likely much older).

One of the main differences between Western (tropical) and Vedic (sidereal astrology) is that the map used to calculate birth charts has shifted over the last 2, 000 years according to the natural wobble in the Earth’s axis.
In the hey day of Western or Greek astrology, the tropical map and the sidereal map actually appeared to be almost the same, so there was a common language when the astronomers of Greece, Egypt and India spoke and compared notes.  (This did happen historically, even though it took generations to cross the oceans, and return home with the information. It is well documented in Indian texts that India was in communication with some Greek or “Ionian” astronomers and astrologers.)

This article will be added to over time. Return here to learn more about ancient history and how these cycles are currently affecting the world ethos.

The precession of the equinoxes is literally 25,700 years, and it is referenced in Vedic astrology as just one small portion of time.  The Indian texts document cycles of time in the billions of years, and names the time in which we are for this creation cycle.

This Big Bang is but one cycle of many.  Wrap your head around that.

And it is very logical when you begin to ponder beyond the Big Bang itself.

If you would like to know the secrets of how to tap into your cosmic connection with the Universe and your solar system – use Conscious Calendars to help you know AHEAD of time, what patterns are emerging for your highest good, and which patterns are emerging which could be challenging, so you can be prepared and face life with full knowledge and awareness.

You can reverse patterns, connect with romance and friends on Green Days, expand work and career opportunities on Green Days — to look two to twelve months AHEAD and know auspicious days or days to avoid difficulties and catastrophes GO HERE TO GET A CONSCIOUS CALENDARS SUBSCRIPTION. 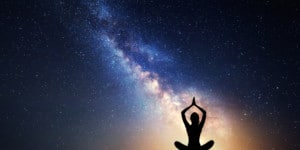 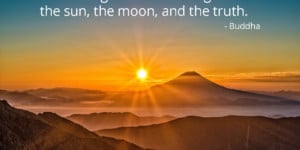 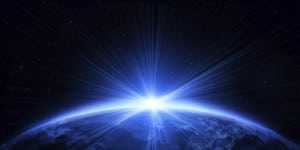